Ontological positions such as the positivist, constructivist, the emancipatory standpoint theory and critical realism illustrate the same problem in different ways, and assess and address the problems in different ways. Those who have a standpoint theory, that takes a position on a particular perspective, for example, seem to have a tunnel vision on what they perceive as a problem. It can be roughly explained as they do not discuss whether not a problem is really a problem or not - they know what the problem is (Haraway 1988:578; Hekman 2001:346-347). The positivist vision may also seem to have a very determinations idea of ​​how facts about a problem is collected and determinable by objective measurements. The constructivist way of looking at it is to discuss whether a problem really is a problem, then they mean that the experience of a phenomenon can be subjective - What appears to be a problem in a certain society, may not be so in another. Critical realism seems to be a mixture of these, since it claims that there is both a definite reality that we can relate to, and that the problems we are experiencing is a problem (whether it is subjective or not) (Sayer 2000:19, 22). A problem of social science can be to choose how to attack the problem and gather around one aspect of what is sustainable development. It however seems that many different ontological positions often choose to attack the same, problem but in their own ways.

The different epistemological (the idea of how and what kind of data they can gather) is obviously affected also by one's ontology. In the case of urban crime positivists would try to collect objective facts. They would measure how urban crime looked at one location. Constructivists would instead look at how the site was perceived by those using it and what kind of social conditions that lead to urban crime. Standpoint theorists, on the other hand, here would probably gather data that supported their standpoint. The critical realists would combine the data collection from the various ways that both positivist, constructivists and "standpointers" use.

What also differs between the different ontological conceptions and the methodology used, is the axiological ideals claim that something is good and something else is bad. Research about differences in educational level among various ethnic groups can have different values in different researchers eyes what they constitutes a good education and a poor education. The pure positivists might want to measure knowledge in "objective" terms (one such example is the PISA survey), while the realists and constructivists may have an understanding that different forms of knowledge are rewarded differently in different places, depending on local needs, it's a "situated objective" way of researching (Sayer 2000:32) . The positivist seem to have a clearer and more specific picture of what is right knowledge, while the realists and constructivists view on what is right knowledge is fluid. 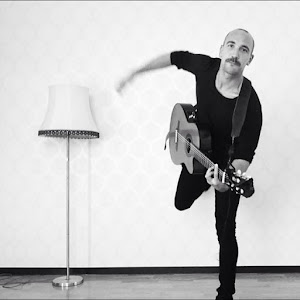